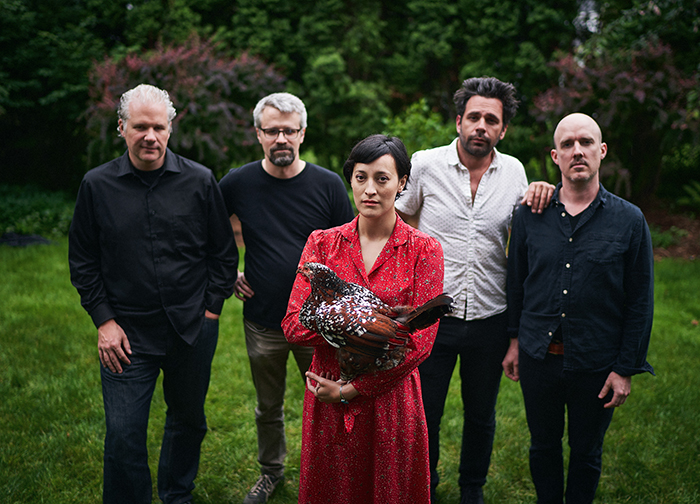 Collections of Colonies of Bees

I’m not even going to pretend to carry on with the “If you only listen to one song today…” spiel that I used to use.  You should be listening to and paying for a lot of music.

While I was checking in on some new stuff, I read something that made me really happy:  On Friday March 20, when Bandcamp waived their fees, music fans spent $4.3 millon on downloads and merch from Bandcamp.  That money went straight into the pockets of the artists, and that’s awesome.  The 800,000 items that were purchased was about 15 times what Bandcamp does on a typical Friday.

While I was there, I discovered that Chicago indie label Polyvinyl Records is going a step further by waiving their percentage on Bandcamp digital purchases through March 31.  They are also offering a modified “pay what you want” model on all digital releases.  This year’s new digital releases start at $5 while everything before 2020 is going for $1.  Of course you can pay more than the suggested amount.

Naturally,  today’s feature is from a Polyvinyl band, and they’re one that I didn’t know, even if I knew of its members.  We’re going to look at “Giibs” by Collections of Colonies of Bees (2018, from the album Hawaii).  Collections of Colonies of Bees is an experimental indie rock quintet from Milwaukee.  The band originated in 1998 when John Mueller out of  Pele teamed up with Chris Roseneau.  The band has had many iterations and band members since then.  Roseneau has been the only consistent member, and he has collaborated with such giants as Nick Sanborn out of Sylvan Esso and Justin Vernon out of Bon Iver.   The most recent lineup included Daniel Spack and Marielle Allschwang, who were both in Altos, who I’ve written about several times.  Other members of the band came out of Volcano Choir, which is fronted by Justin Vernon.

“Giibs” by Collections of Colonies of Bees

There’s a bit of electronics in there, but this is about the layers of vocals and instruments. I really love the coed vocal harmonies.  I’m always a sucker for that.  And there’s something that I love about the way the drums get quite heavy later in the song and the guitars and the programming swirl together to a beautifully appropriate level of loudness while the vocal harmonies remain the star of the show.

If you’re interested, Nick Sanborn did a remix of the song last year, but it’s far too dance-y for my taste.

You should download the Hawaii album here, and buy lots of other stuff from the good folks at Polyvinyl.

Whatever you’re listening to, please support the artists by purchasing downloads or physical copies.

North Carolina born and bred. I'm a restaurant guy who spends free time listening to music, watching hockey and playing Scrabble. I have a bachelor's degree in political science and I will most likely never put it to use. END_OF_DOCUMENT_TOKEN_TO_BE_REPLACED
This entry was posted on Tuesday, March 24th, 2020 at 2:57 pm and tagged with Altos, Collections of Colonies of Bees, Polyvinyl and posted in If you only listen to one song today..... You can follow any responses to this entry through the RSS 2.0 feed.
« March 20, 2020 — “Wandering Star” as covered by Torres
March 27, 2020 — “Twitch” by Miss June »

This site uses Akismet to reduce spam. Learn how your comment data is processed.