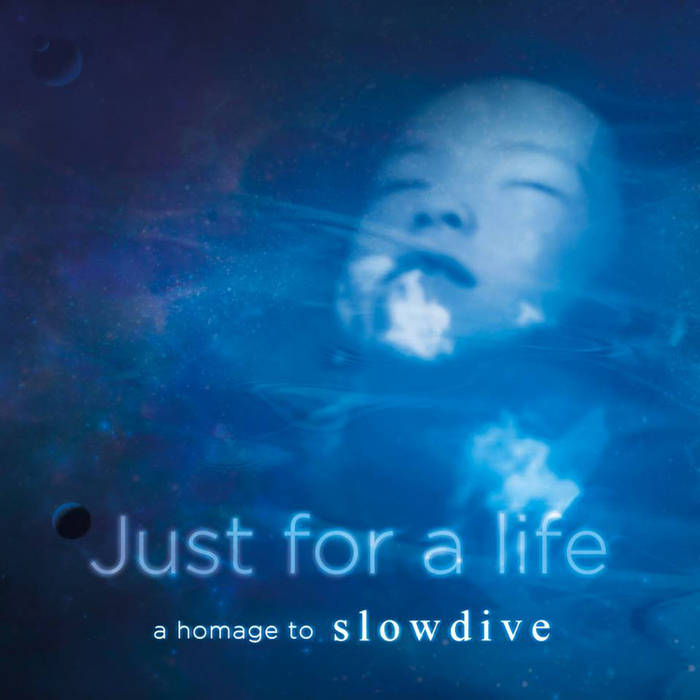 Just For a Life: An Homage to Slowdive

If you only listen to one cover song tonight, make it “Avalyn II”, as covered by White Cascade (2017, from the compilation tribute album Just For a Life: An Homage to Slowdive). The song was, of course, originally done by Slowdive on their 1990 eponymous debut EP.

White Cascade is a shoegaze trio from Raleigh, North Carolina. I first learned about this band when I saw them open for Ringo Deathstarr in Durham a few years ago, and I’ve written about them a couple of times before (September 6, 2015, and March 14, 2014).

The members of the band are all called Matt, and they are Guess (guitars/vocals/programming), Cash (bass/vocals), and Robbins (drums/engineering). They’ve released a couple of EPs and an album called Endless.

There have been several exciting updates from the Slowdive camp in the last few months. They’re back together. They’re making new music. They’re touring the USA this spring. The most exciting, though, is that they’re playing at my favourite club, which is just a short 40-minute drive from my house. I’ve loved Slowdive passionately for more than 25 years, and their Souvlaki is among my five favourite albums of all time. It’s always been one of my saddest stories that I never got the chance to see them play back in the day. They toured the USA in 1992, 93, and 94, but they never came close enough for me to go. They’ve never played the Cat’s Cradle. When they announced their USA tour dates for 2017, I was saddened to see that they weren’t coming here. However, I was thrilled to find out last Wednesday that they added the Cat’s Cradle to their tour, and I actually found out about it via a Facebook post by White Cascade member Matt Guess. Naturally, I snagged tickets the very second they went on sale and I’ll finally be able to check that one off my bucket list, leaving only MBV on my list of seminal 90s shoegaze bands that I’ve never seen.

Yesterday, The Blog That Celebrates Itself released another in a long line of fantastic tribute albums. The newest one is a tribute to Slowdive, and the first song on the tribute is by White Cascade.

“Avalyn II”, which is a longer and more spacey version of “Avalyn I”, was on Slowdive’s first EP way back in 1990. When the band’s first three EPs were compiled as the Blue Day EP in 1992, “Avalyn II” was oddly left off. The Blue Day EP was a bonus disc in the limited edition of Souvlaki, which I am lucky enough to have a copy of.

I don’t actually have the original of “Avalyn II” in my personal library, but I do know that this is a fantastic, albeit shorter, cover of it. This is that song.

It’s a little fuzzier and louder than the original version, but overall, it’s pretty faithful. And we like the noise.

I’ve listened to most of the tribute album, and this one is far and away my favourite. To be fair though, there’s plenty of great stuff on there, and there are a few bands I’ve written about before. As is usually the case, there are a few Brazilian bands I’ve never heard of on the comp, and a bunch of bands from all over the globe with varying styles and varying methods of interpretation. It’s all quite good.

You can download a copy of Just For a Life by naming your price at Bandcamp here.

You can see Slowdive’s tour dates on their official web page here. Tickets are still available for the Cat’s Cradle show on May 10 here. I will be a very happy man that night.

Leave a comment   |  tags: audio, Avalyn II, covers, North Carolina, shoegaze, Slowdive, The Blog That Celebrates Itself, White Cascade | posted in If you only listen to one song today...., North Carolina

If you only listen to one song tonight, make it “Ties” by Des Ark (2015, from the album Everything Dies).

Des Ark is an indie rock/ “southern punk” band based in Chatham County, North Carolina. Frontwoman Aimée Argote is originally from Arkansas, and currently based in a rural part of North Carolina that’s close enough to Chapel Hill to enjoy the glory of living “in Chapel Hill”, with the added benefit of not having to pay Chapel Hill real estate prices. She has ties to my hometown of Greensboro, and has performed as Des Ark (both as a solo performer and with a full band) for many years. She just released an album, her third, called Everything Dies via the Savannah, Georgia-based label Graveface Records. That label was founded by Ryan Graveface, who discovered and is a member of Casket Girls. They have released two albums, including True Love Kills the Fairy Tale, which topped my top 41 records of 2014. You can see that whole 2014 list here, and the details of my top five here. Casket Girls also have a new album coming out on Friday. I haven’t heard it, but I’m sure that it’s going to be fantastic, even if their live performances leave something to be desired.

I don’t wish this to be about Casket Girls, or even about Graveface Records. This is about the brand new Des Ark album, which just came out on October 6.

Today’s song has actually been around for a long time. Way back in 2007, Argote performed the song as a solo performer (and giving the song a different title) during a studio performance at Duke University’s radio station, WXDU. This one has a full band behind it, and it kind of reminds me of Wye Oak. Other songs from this album remind me of Leslie Feist. Other albums have an entirely different sound.

It’s a lovely song, anchored by Argote’s very capable guitar and her soft, beautiful voice. On some of her older stuff, she was more prone to shout-sing, but on the new album it’s all about proper singing and highlighting that dulcet voice.

It may be a pretty song from an aesthetic standpoint, but the subject matter isn’t pretty at all. There are references to drug abuse, alcoholism, and child abuse. To wit:

If you lay another hand on your son, sir
I swear to god I’m gonna waste you
You can holler, you can cry
Sober up, apologize
But still what good are you
I don’t give a fuck about the ties that bind a father to his son
If he’s just some dead weight deadbeat drunk

I kind of adore the fact that in that line, she’s very polite in saying “sir”, even while threatening to tear this guy a new one.

You can buy Everything Dies in your choice of limited edition colored vinyl, cassette, CD or digital download via the Graveface Records bandcamp here.